Between 1968 to 1969, Corita created a series of 29 prints that she identified as “a set of heroes and sheroes.” Produced shortly after she took sabbatical from Immaculate Heart College and subsequently left the order of the Immaculate Heart of Mary, this series manifests a key turning point in Corita’s artistic output. While Corita never directly participated in the radical activities associated with many of her contemporaries of the religious left (figures such as Daniel Berrigan and groups like the Catonsville Nine), her heroes and sheroes works explicitly reflect the social and political movements of the decade, addressing topics such as labor and civil rights, nuclear disarmament, and political assassinations while also incorporating imagery taken directly from mass media. Notable figures represented in this series include: Martin Luther King Jr., Coretta Scott King, Robert F. Kennedy, and Cesar Chavez. 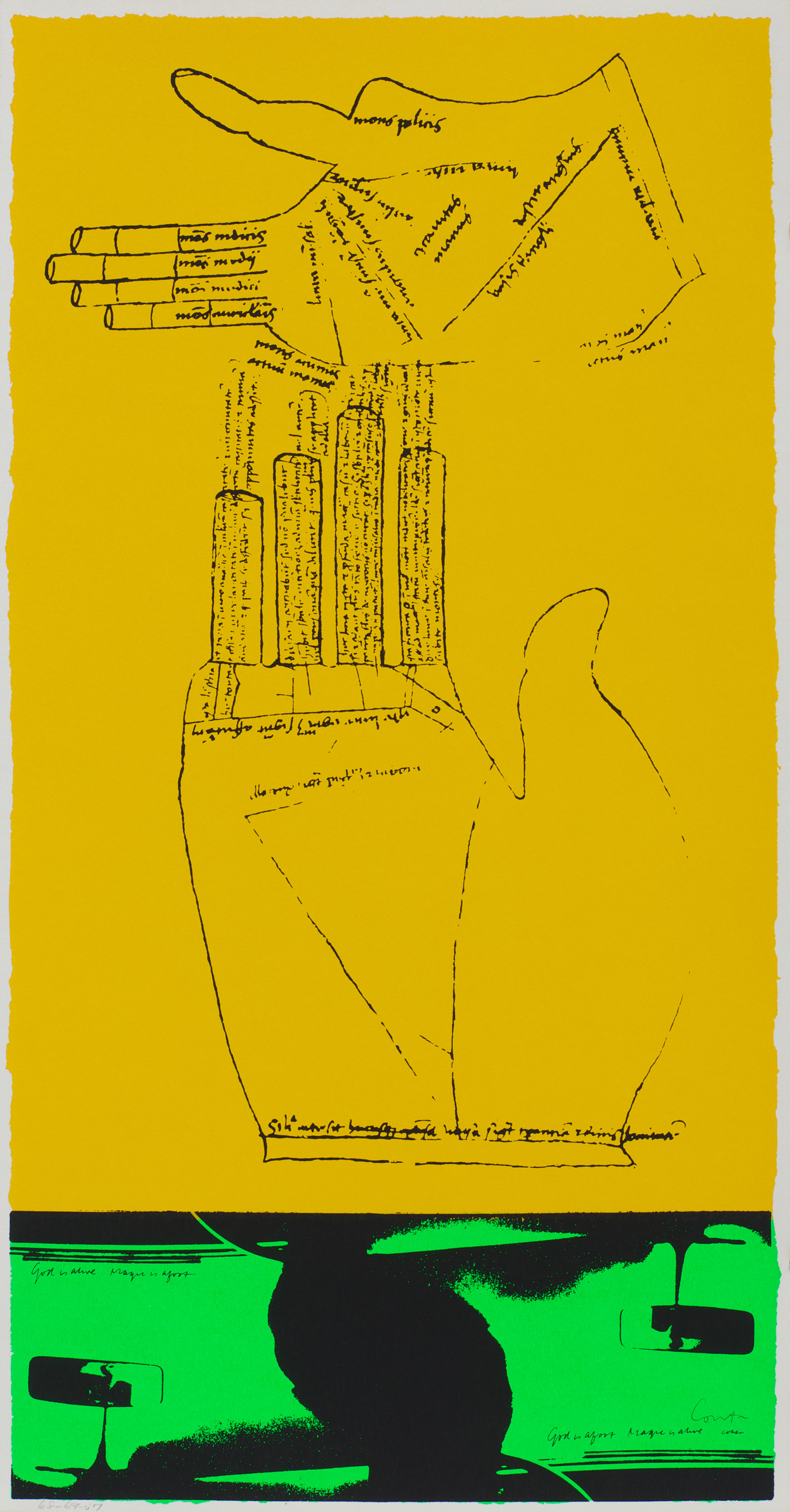 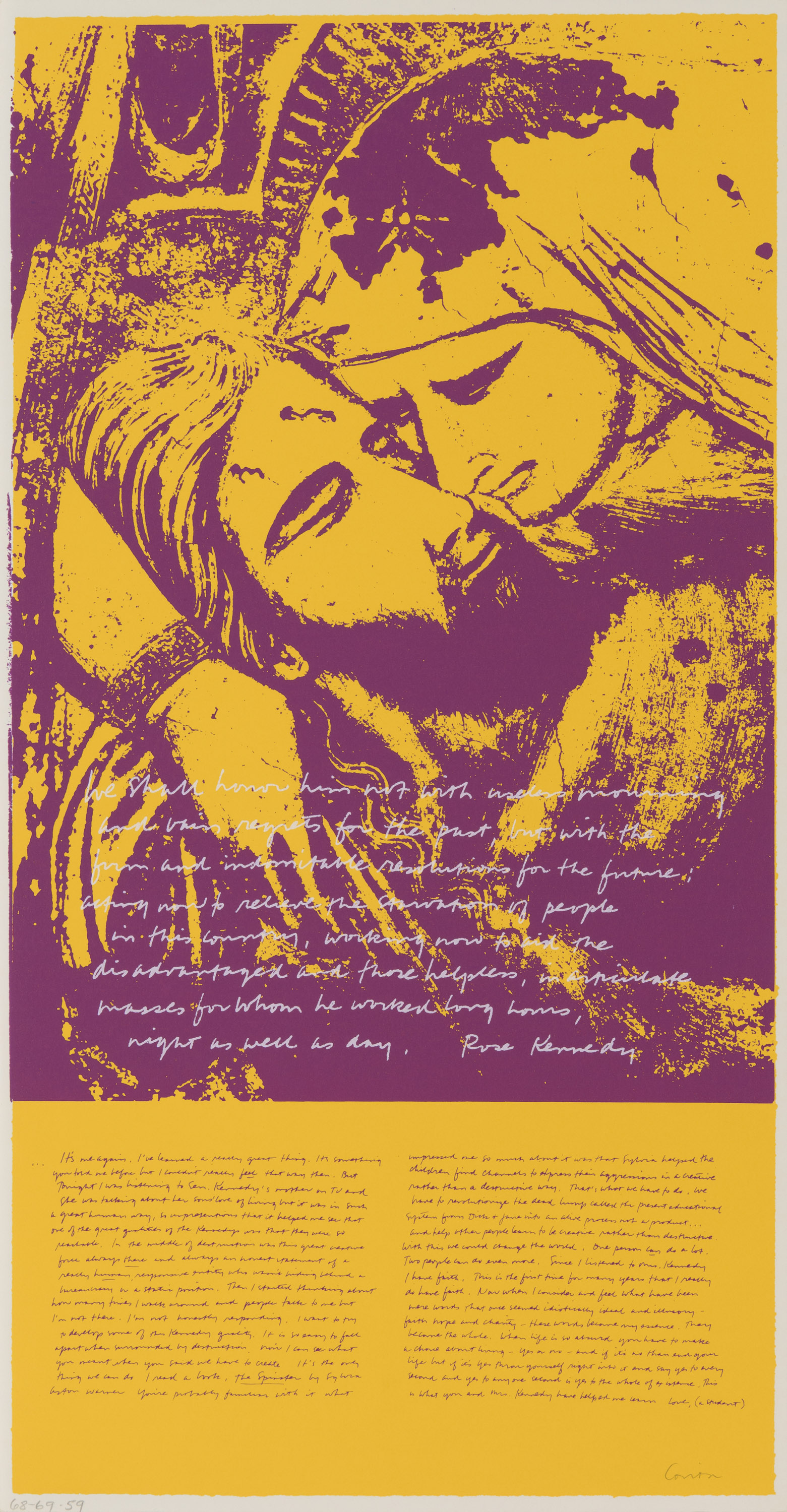 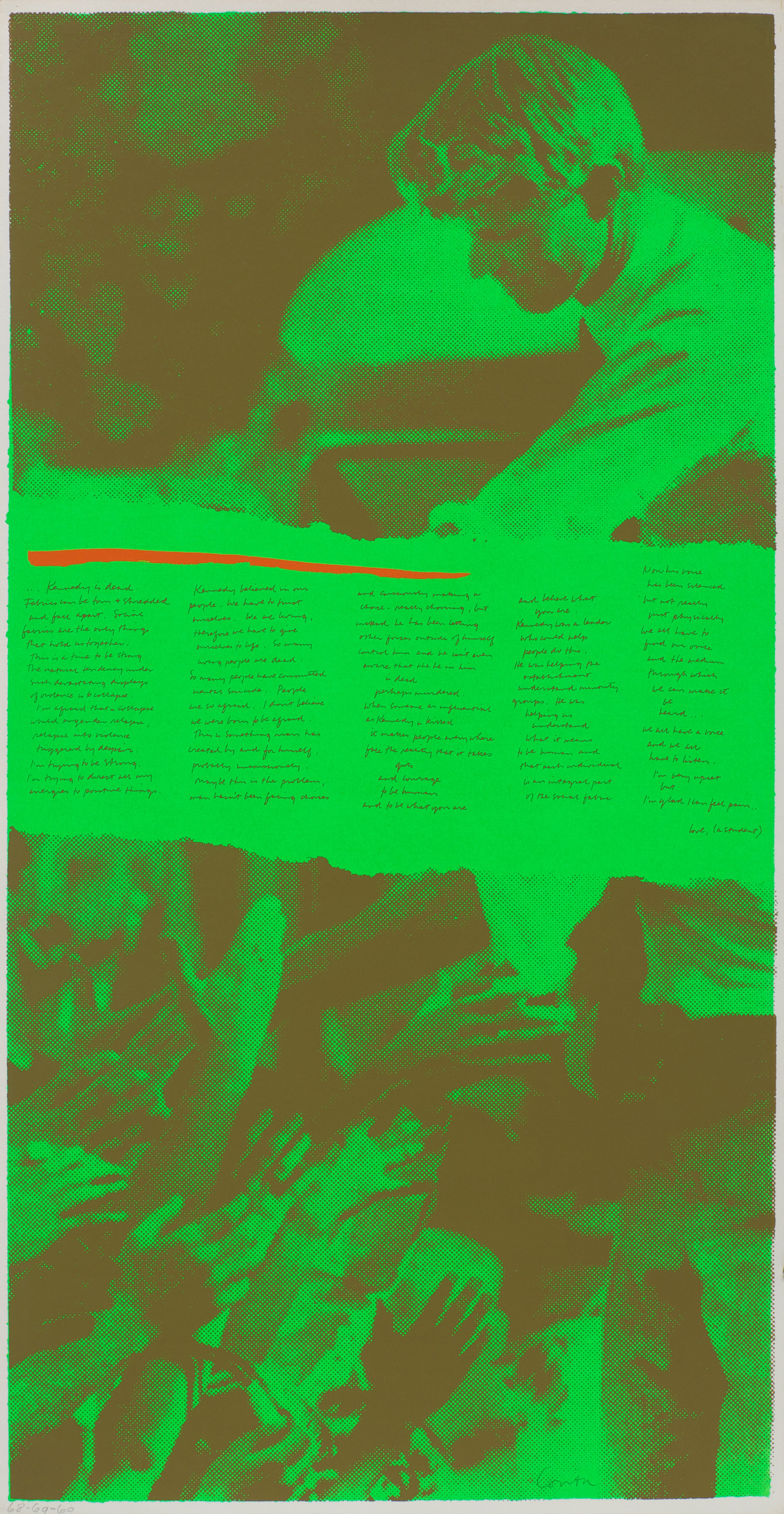 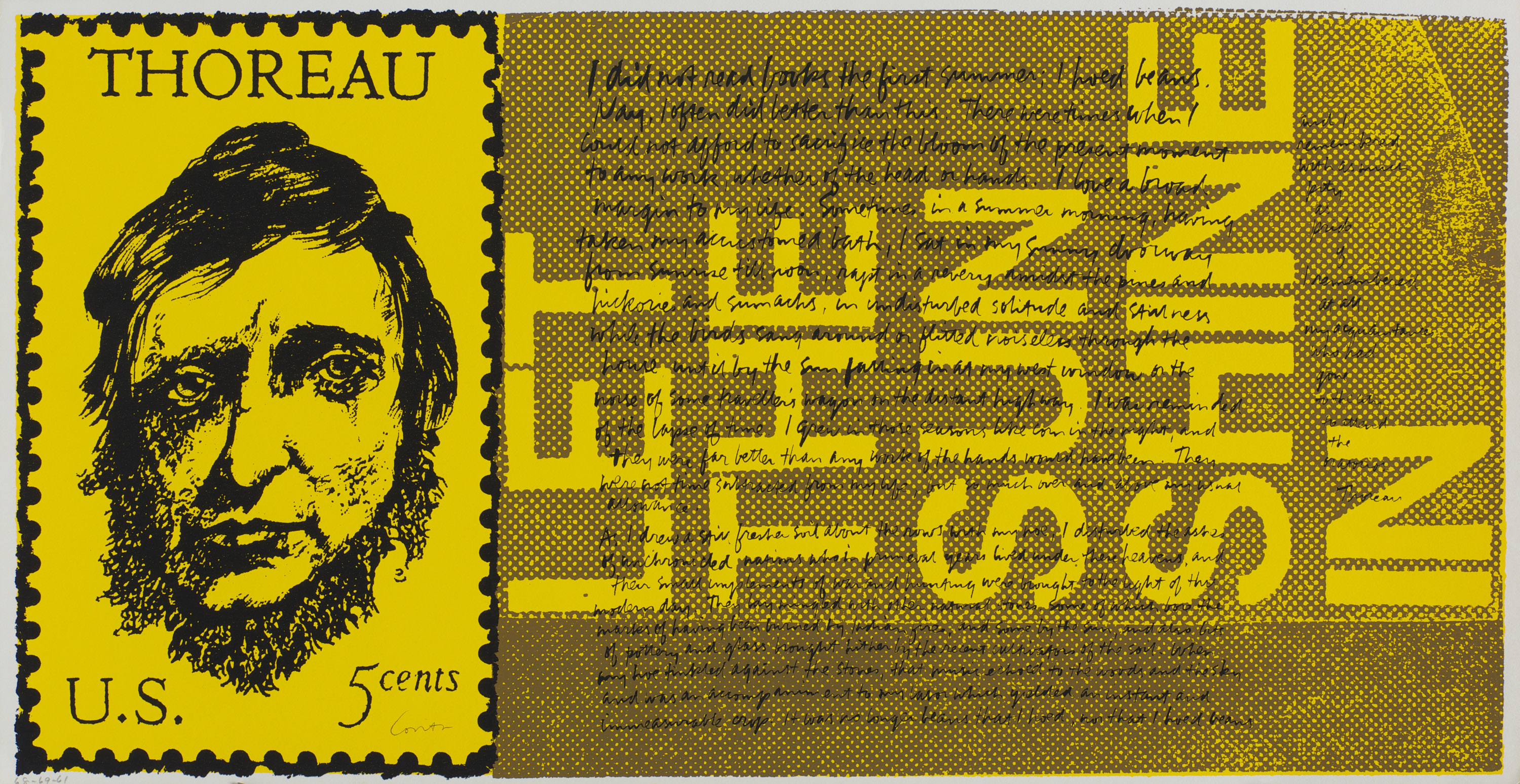 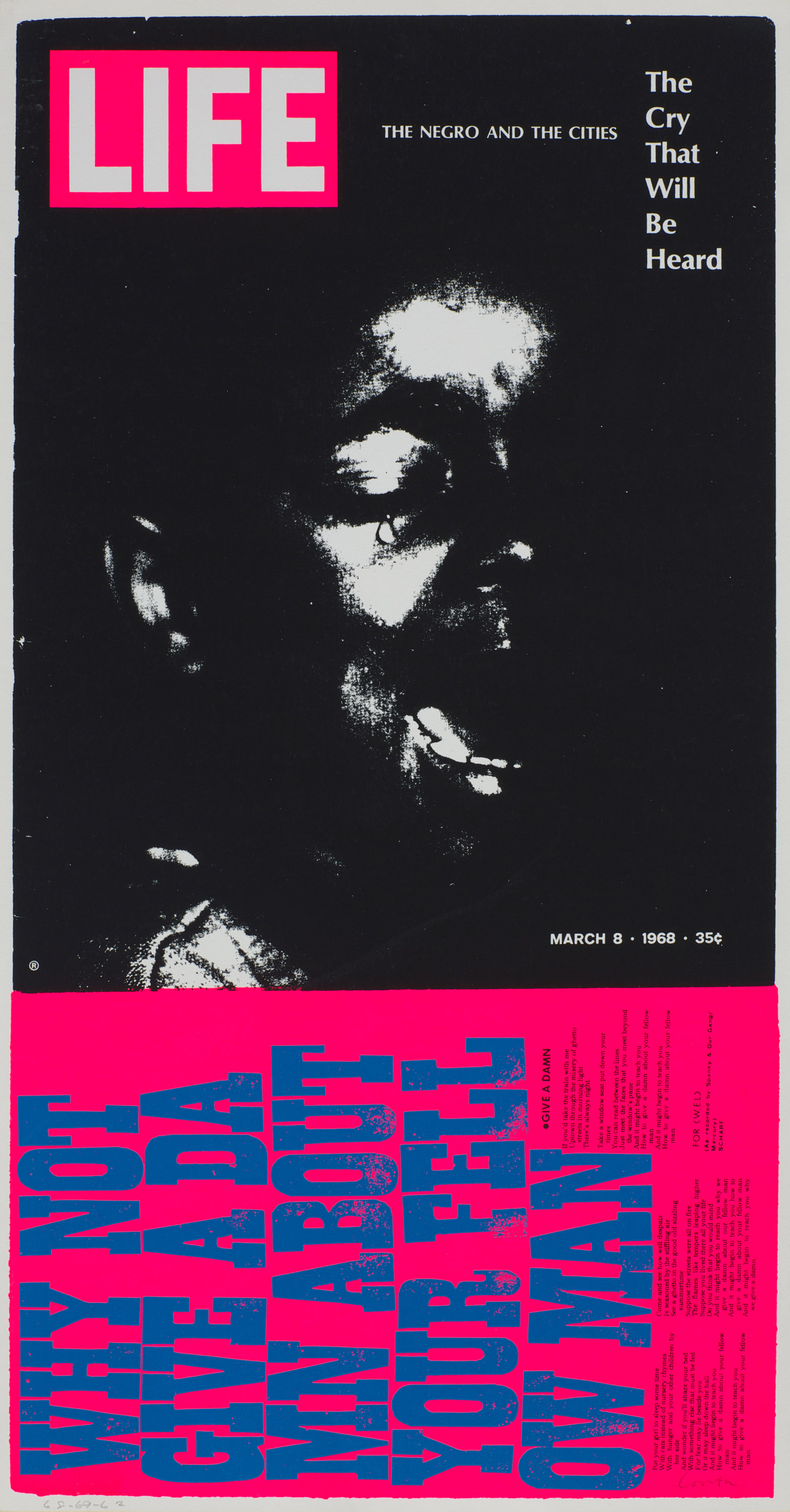 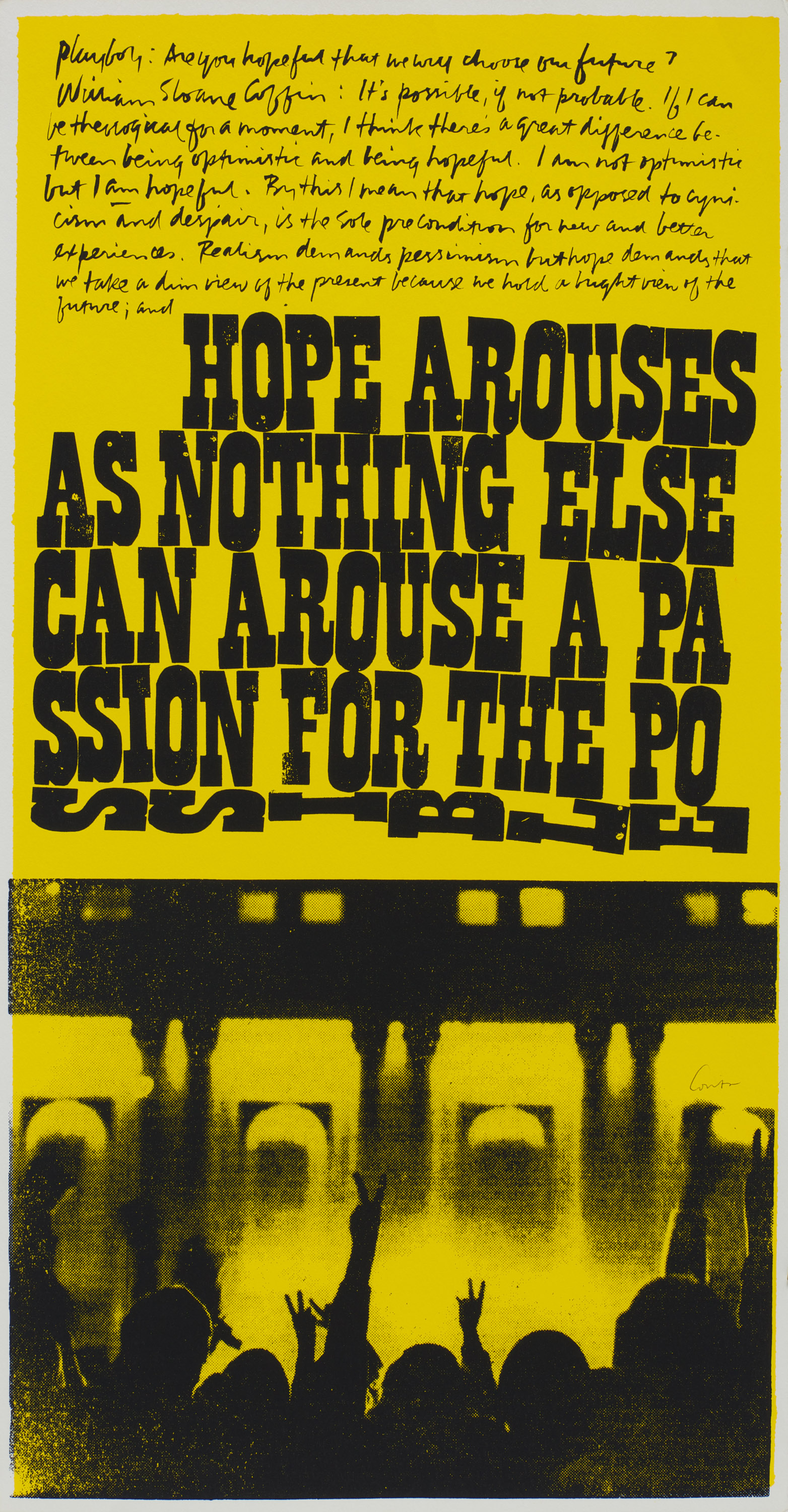 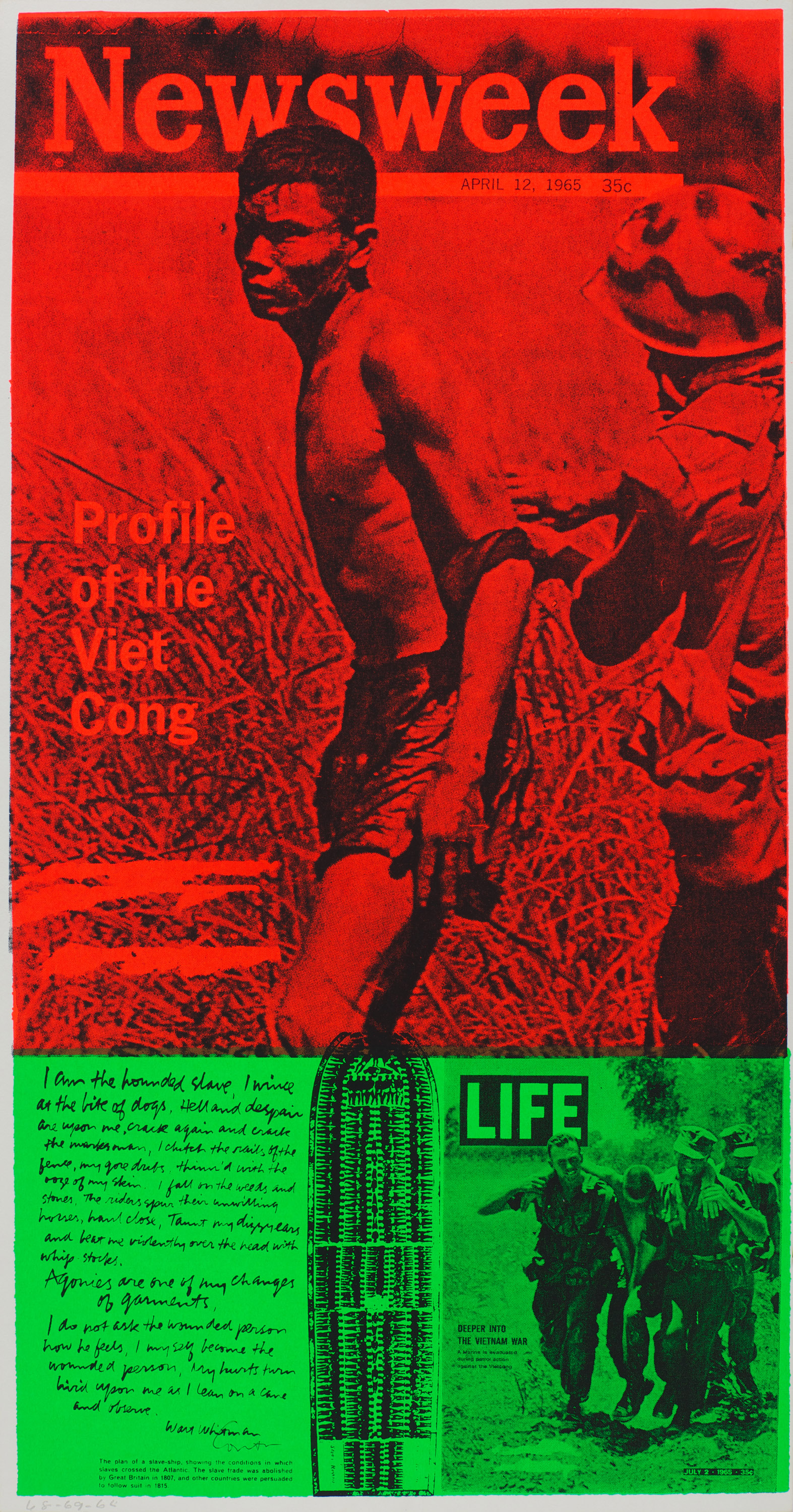 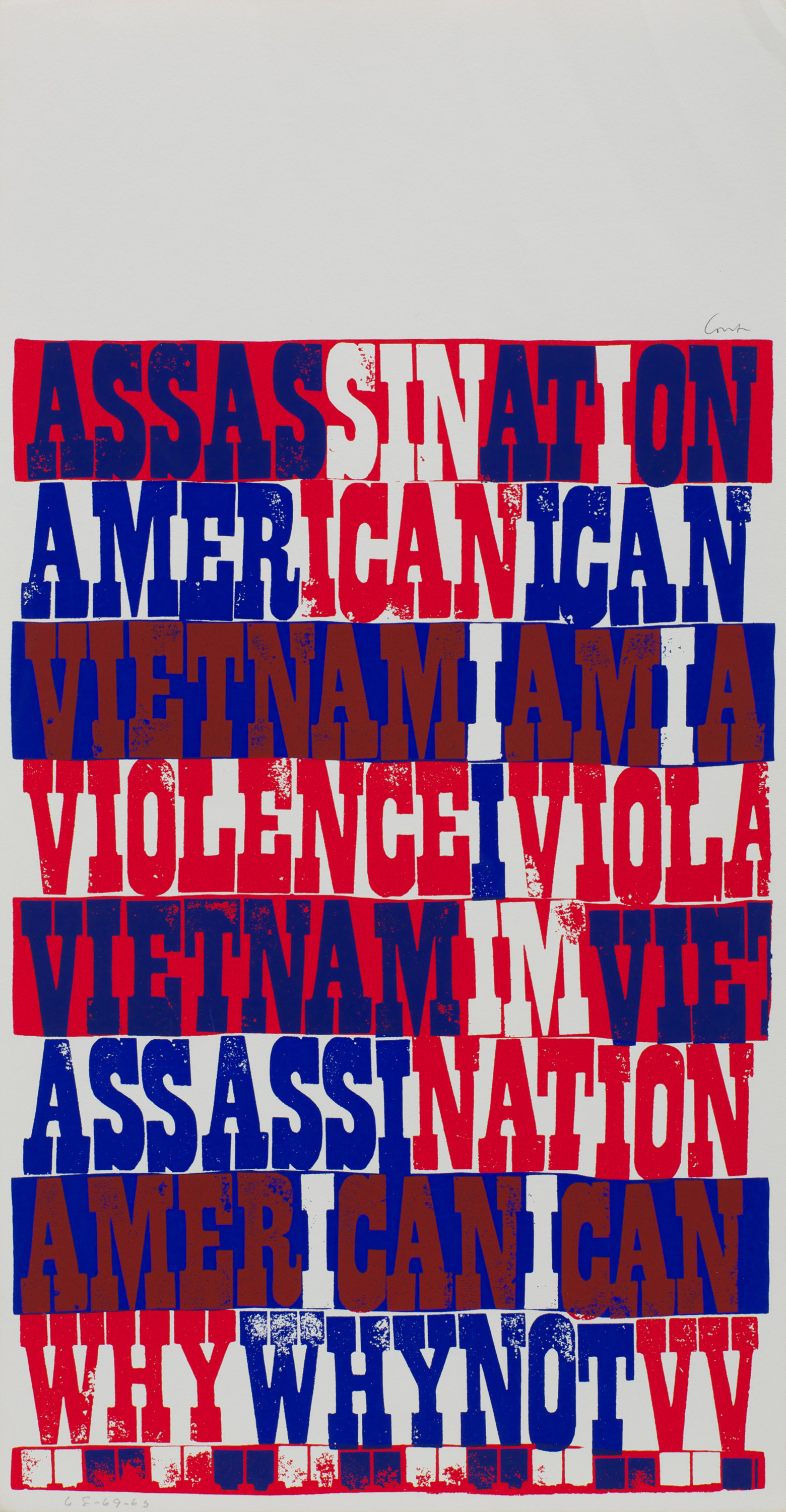 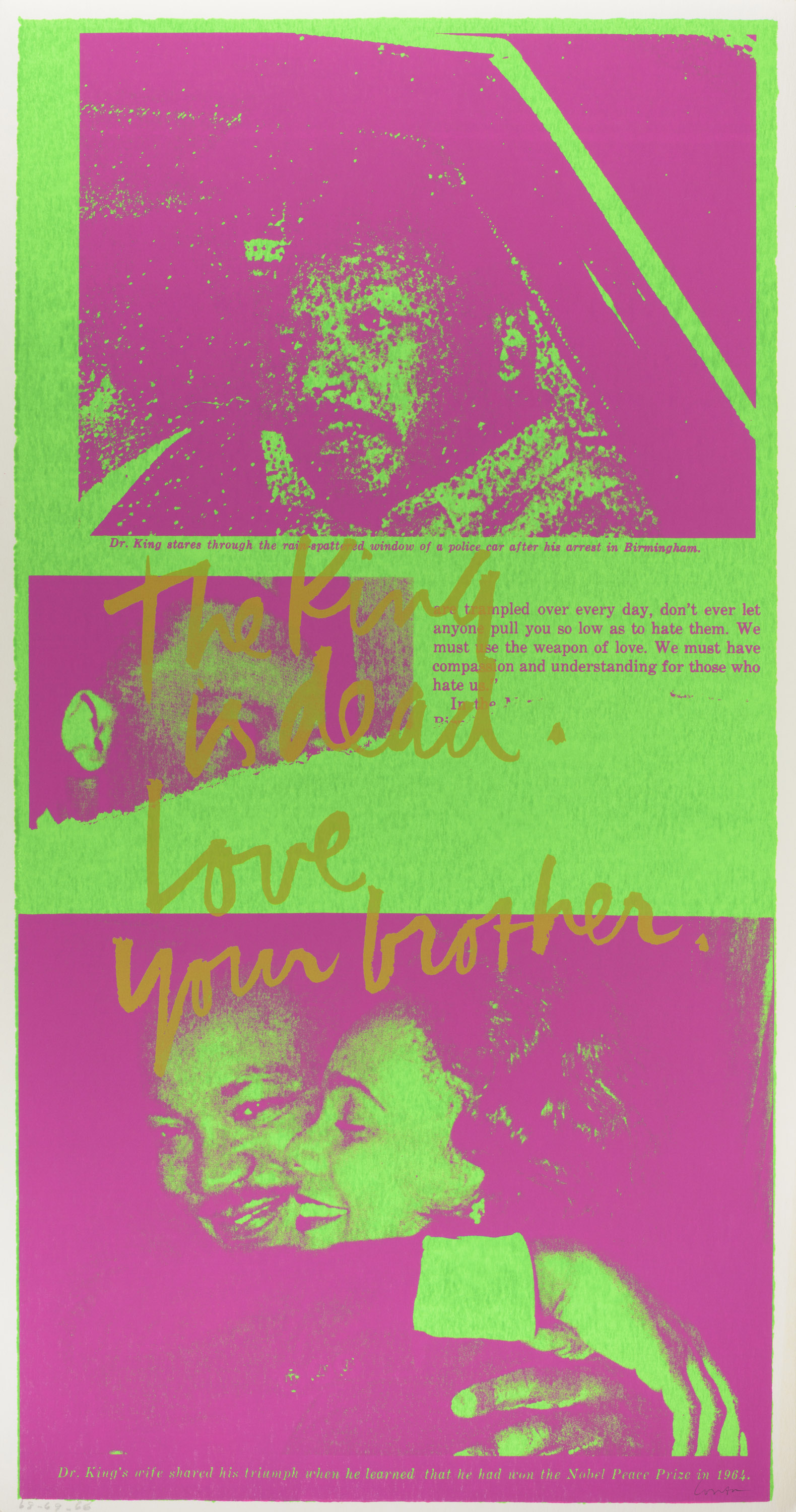 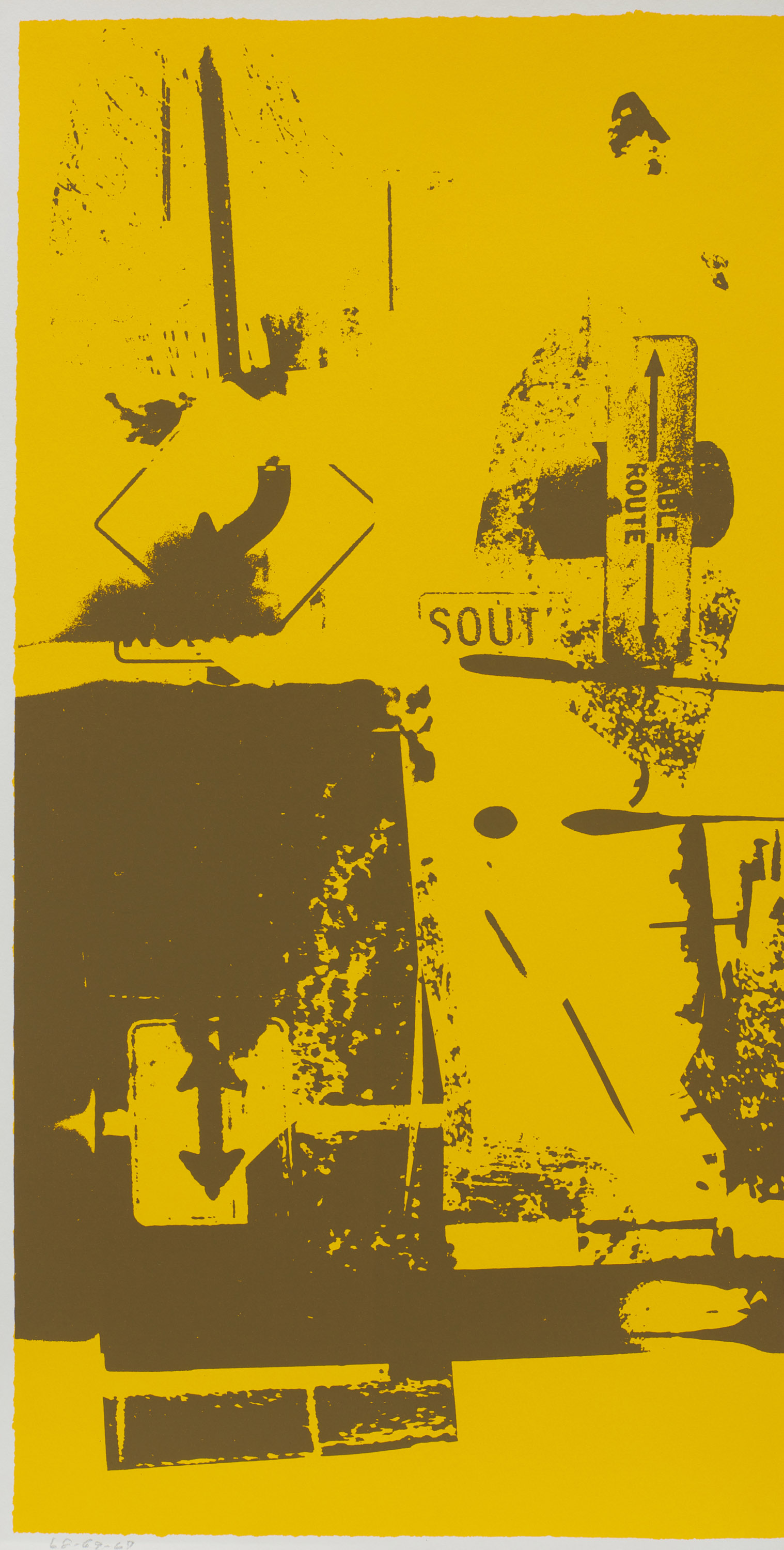 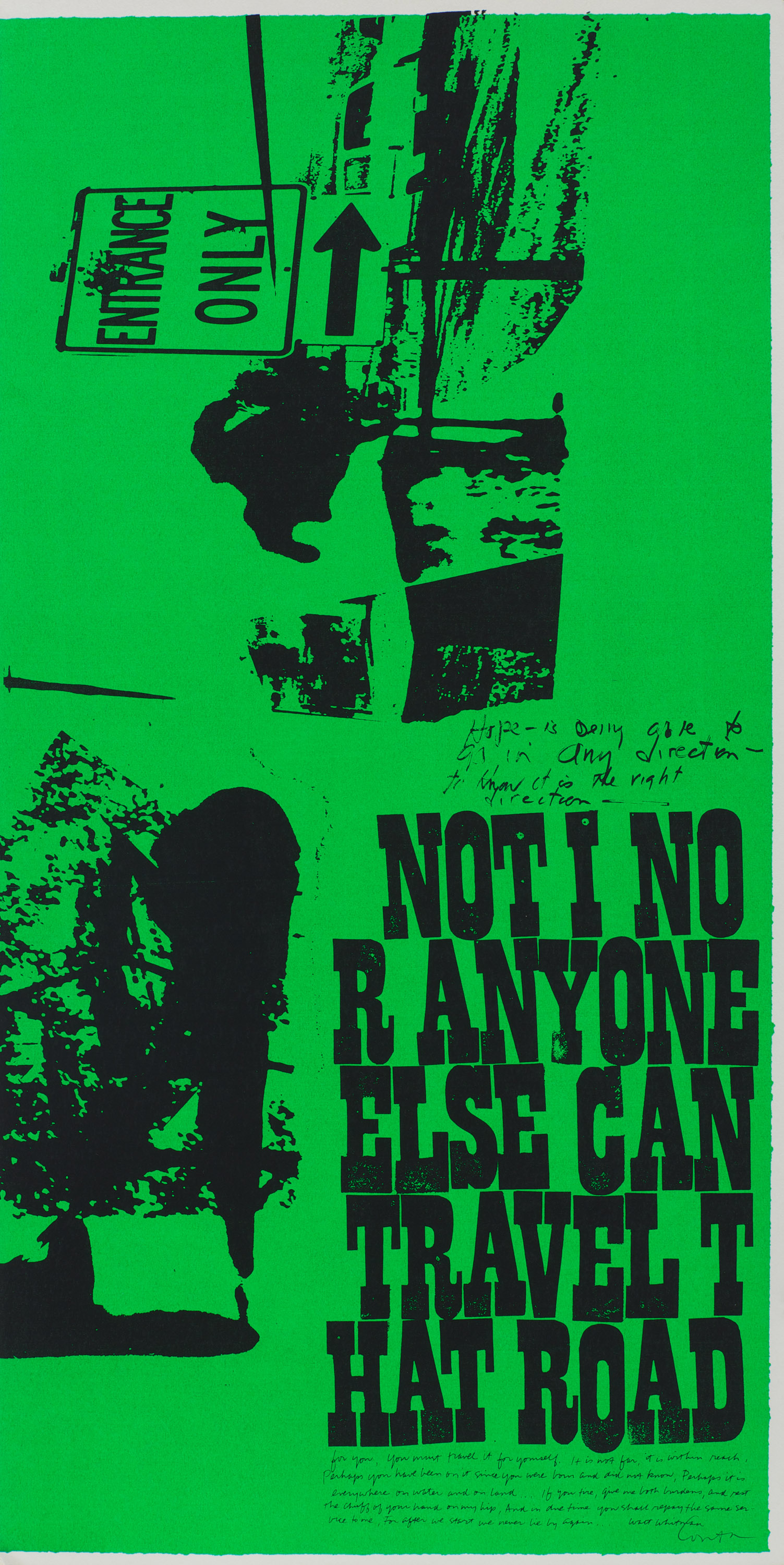 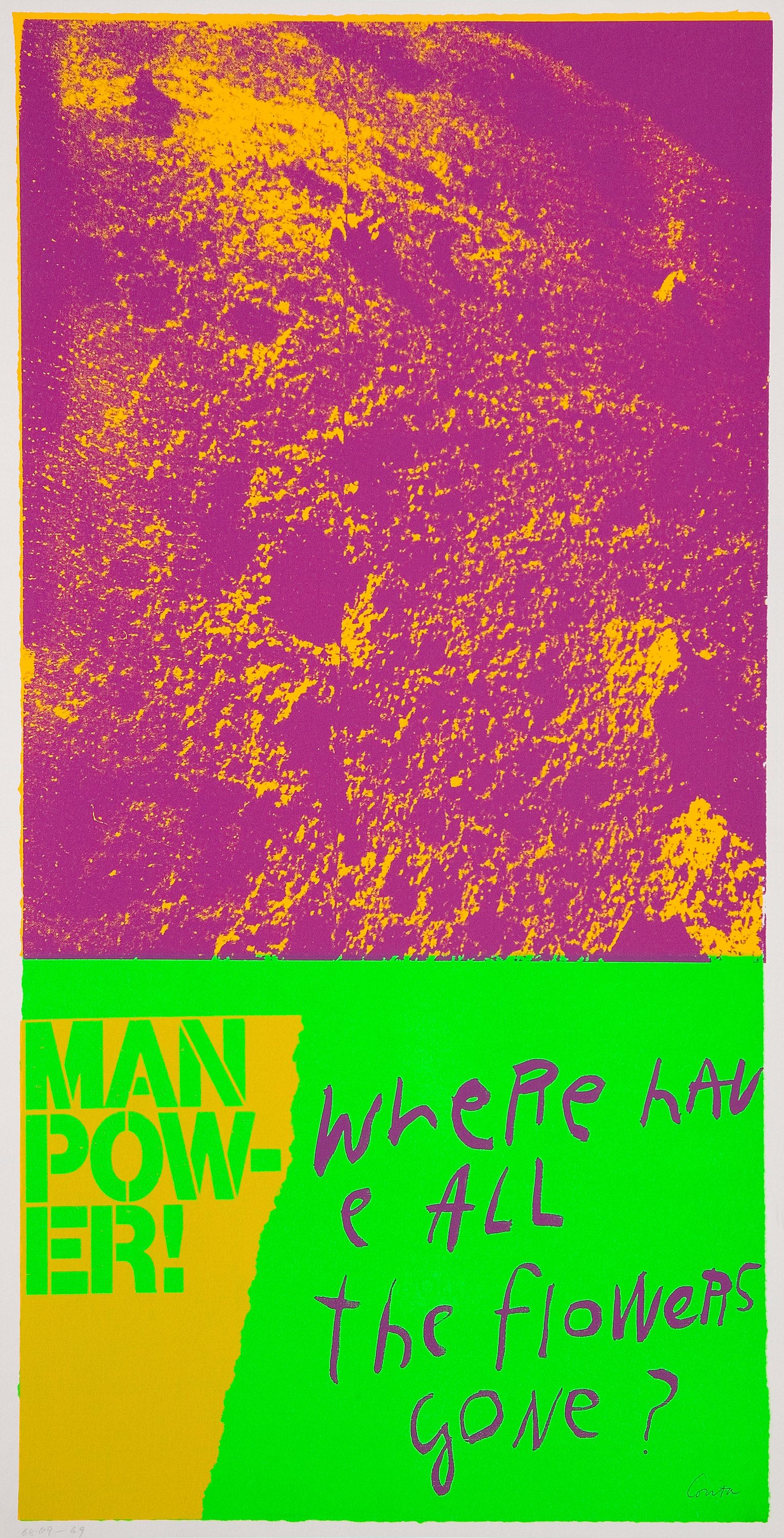 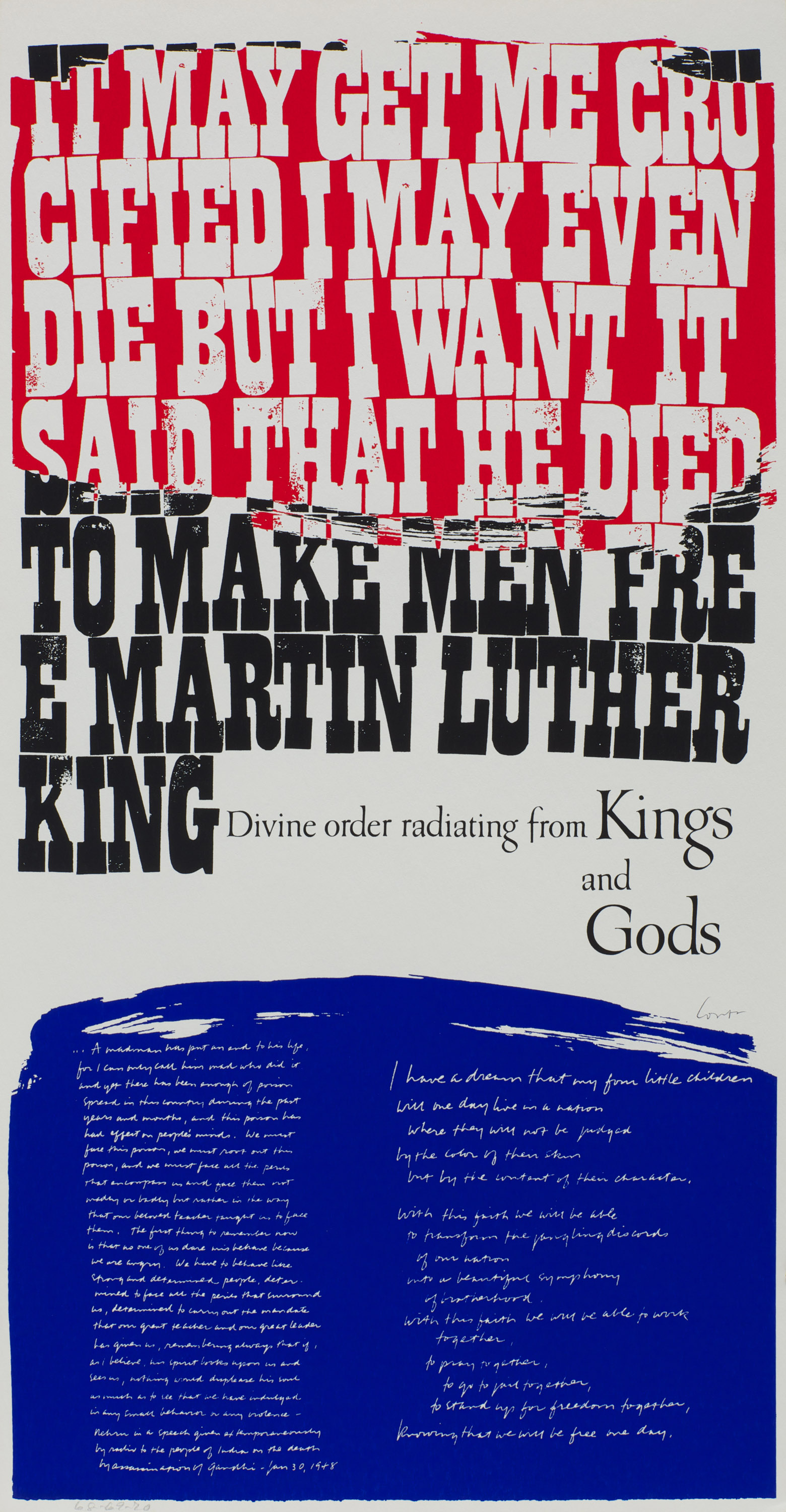 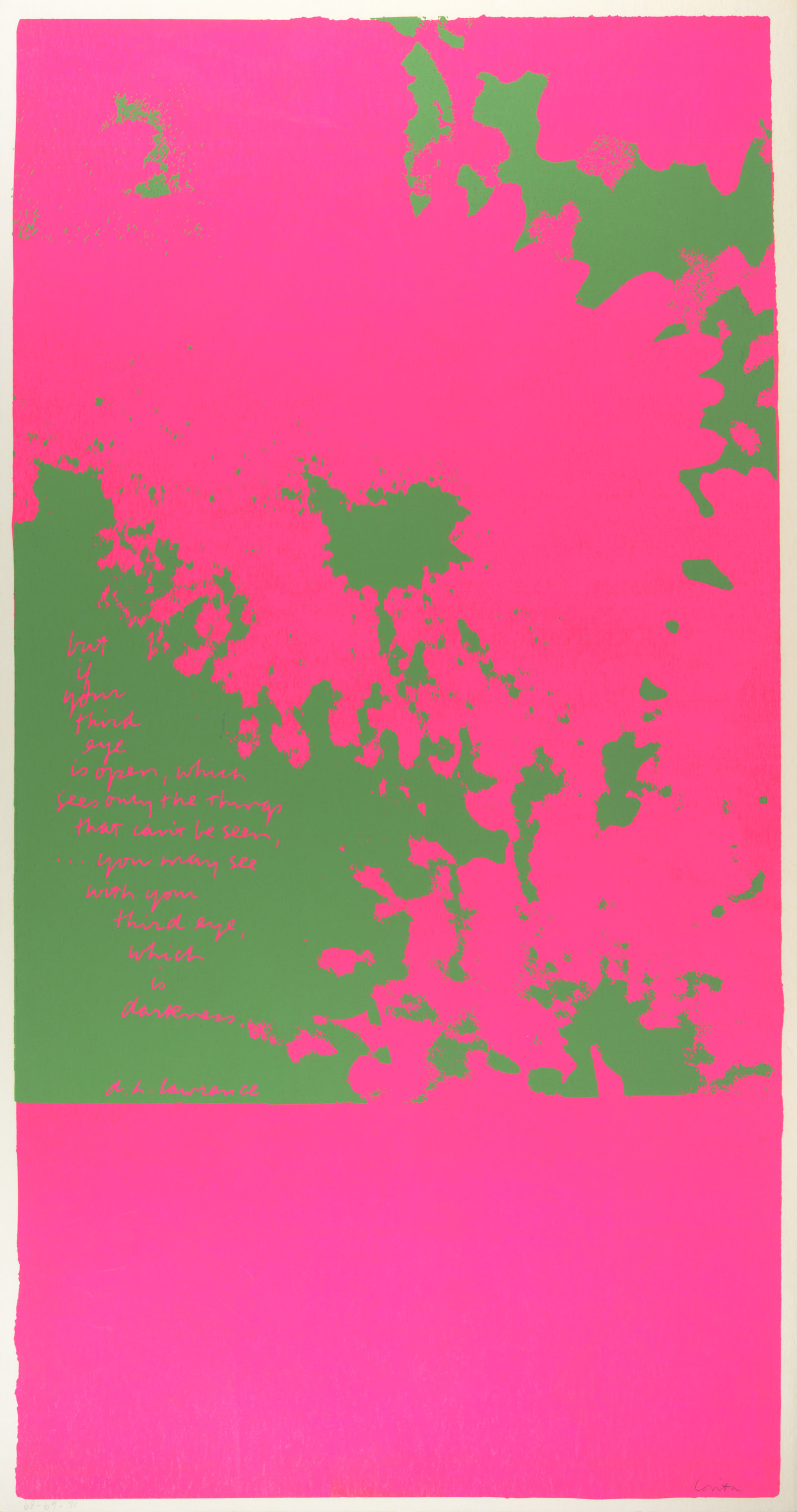 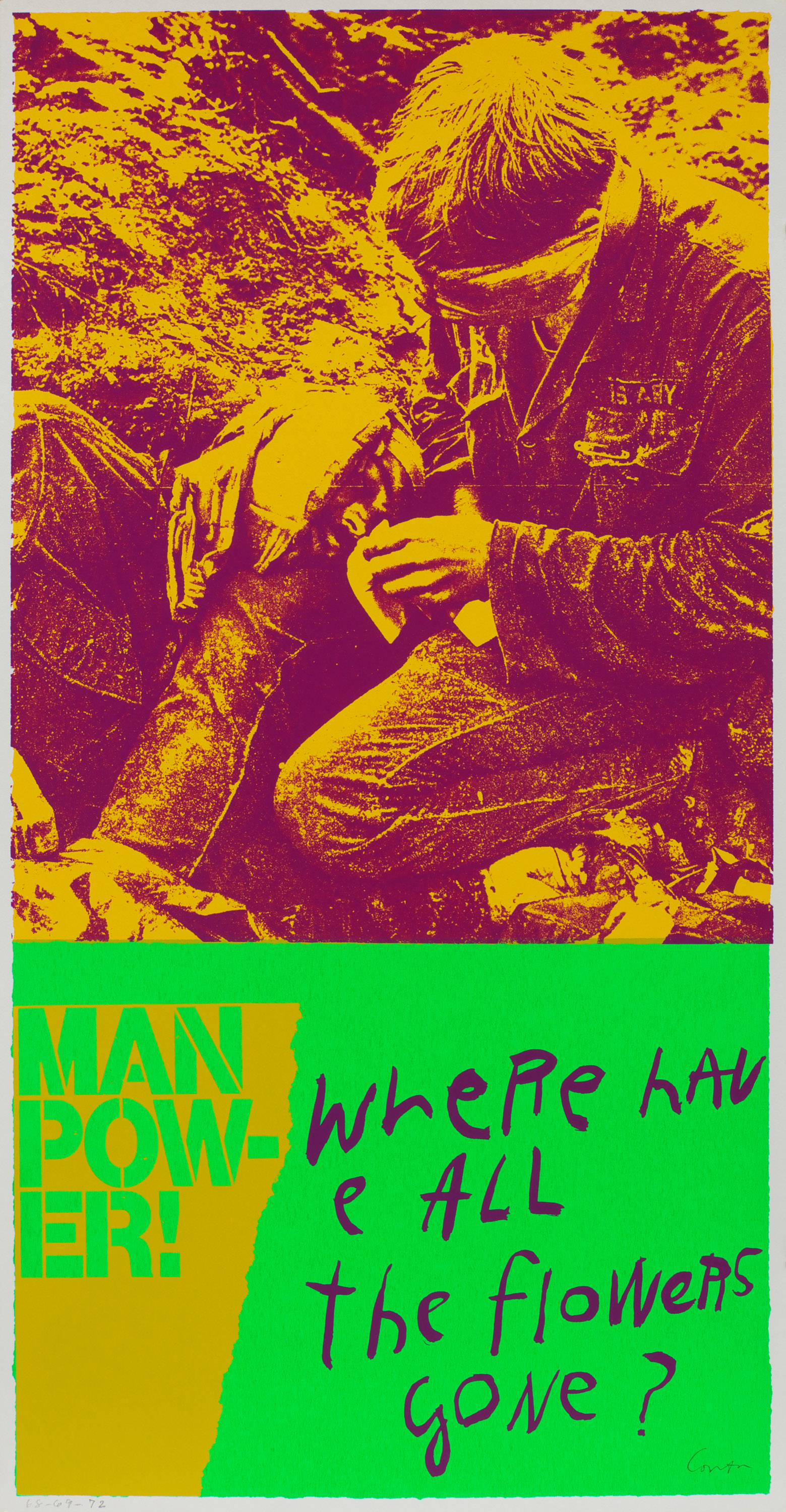 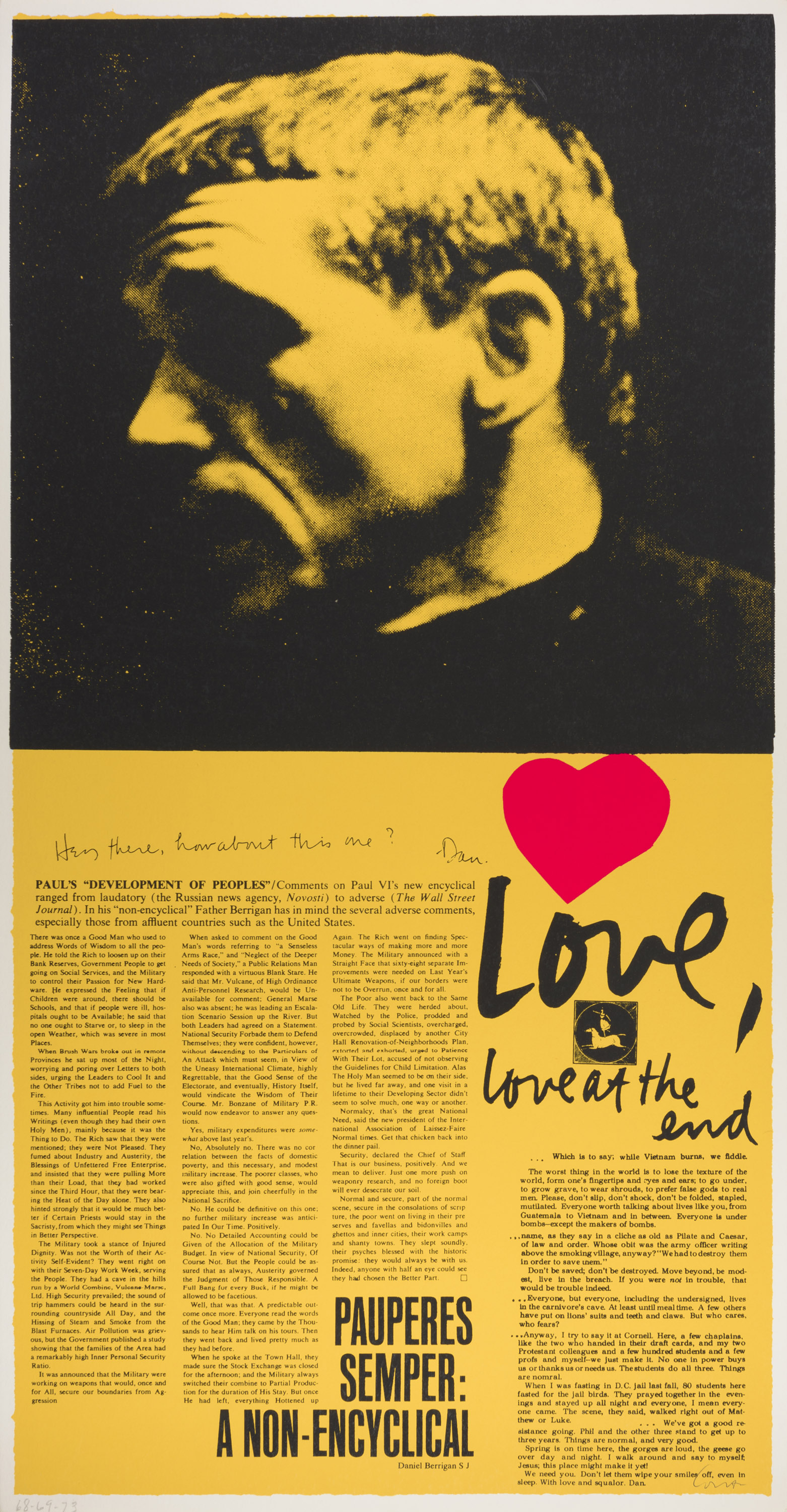 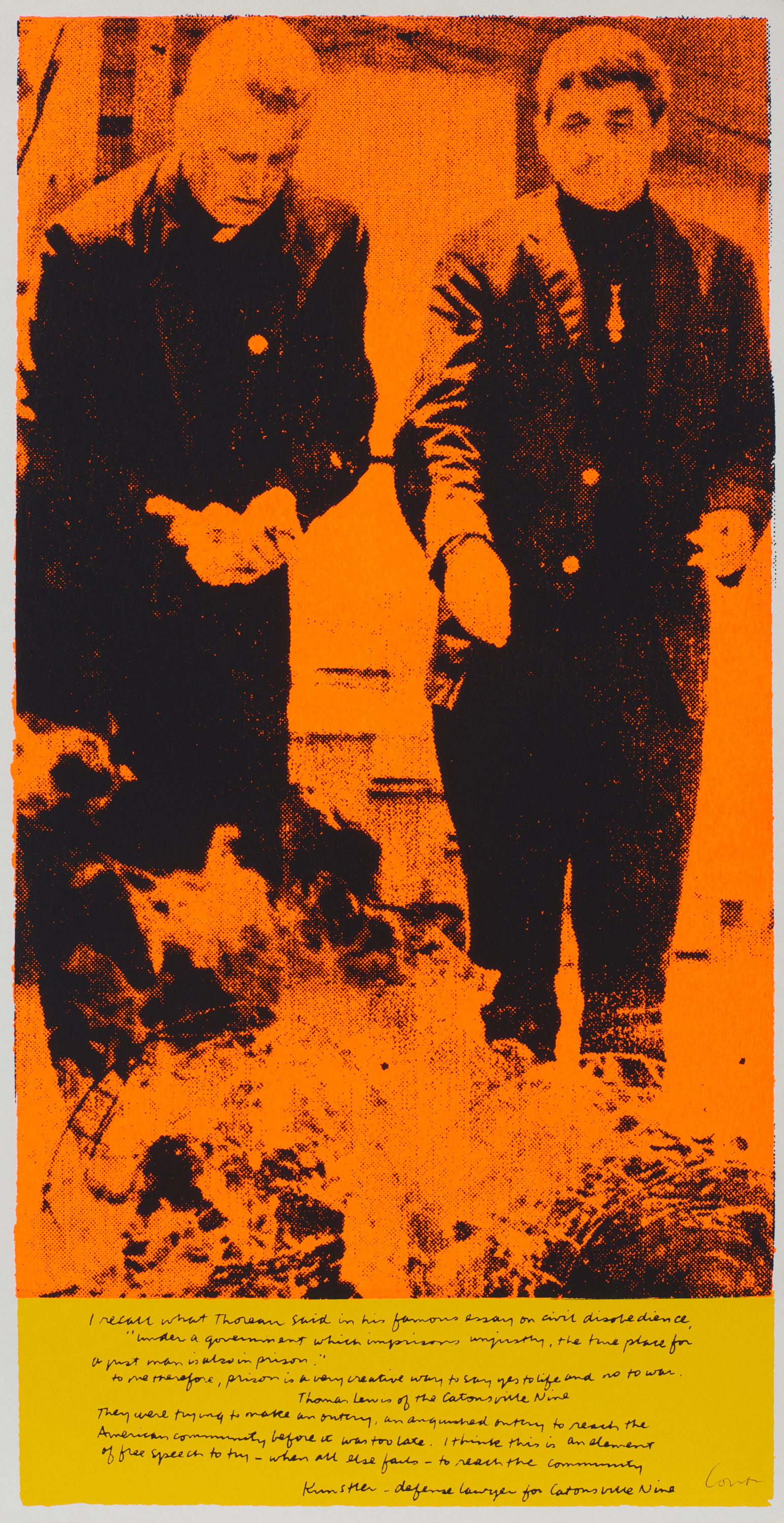 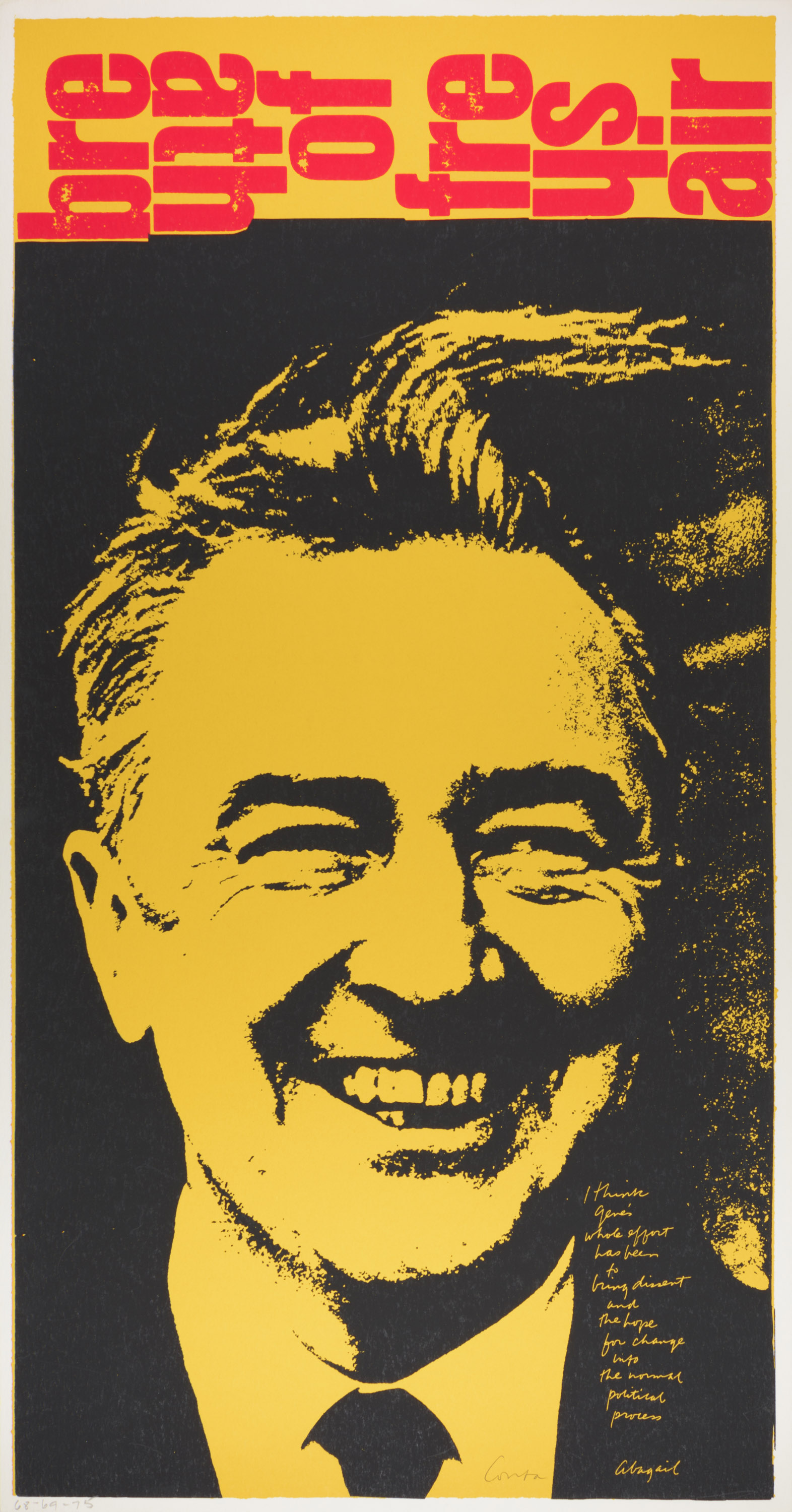 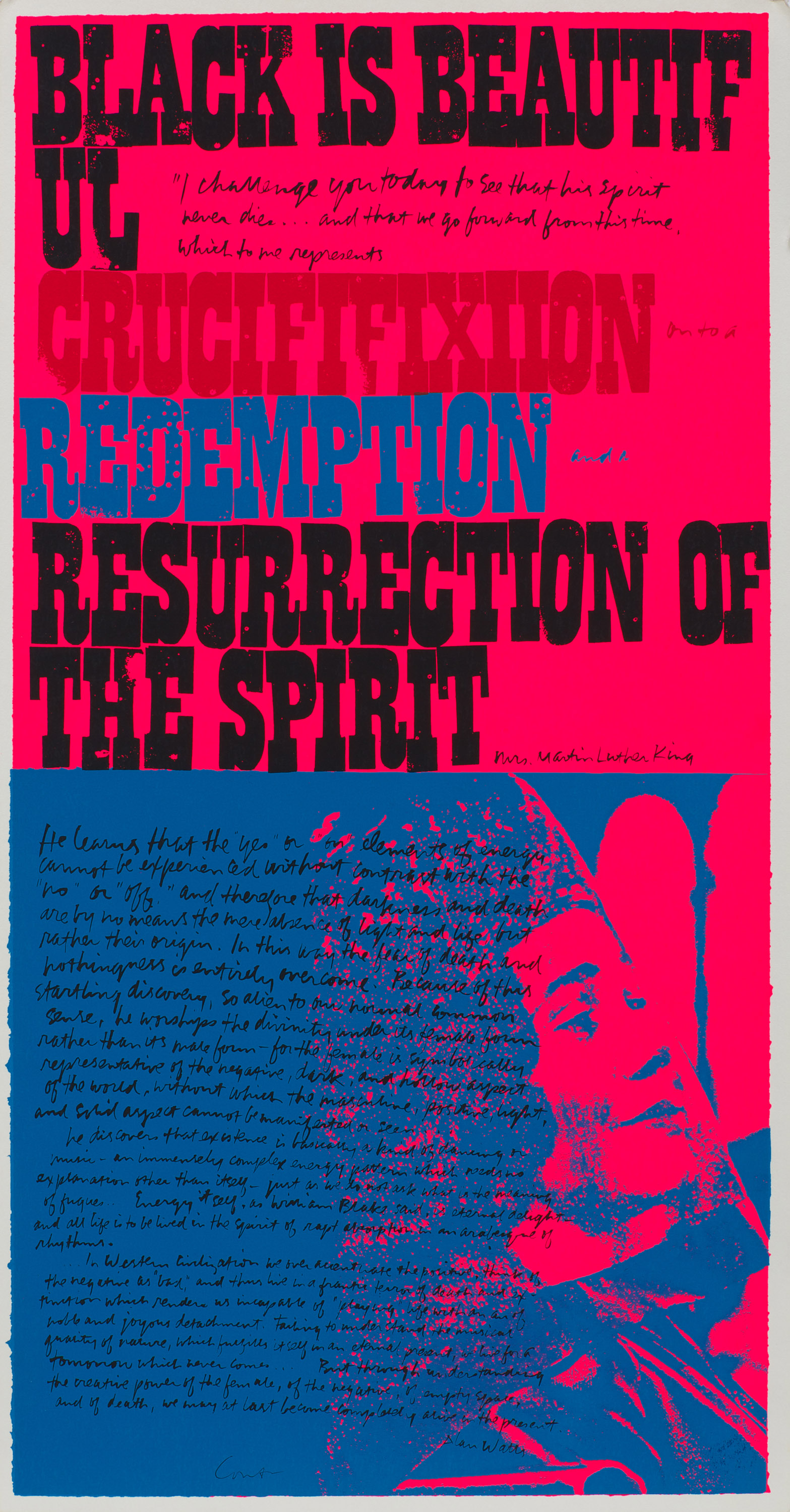 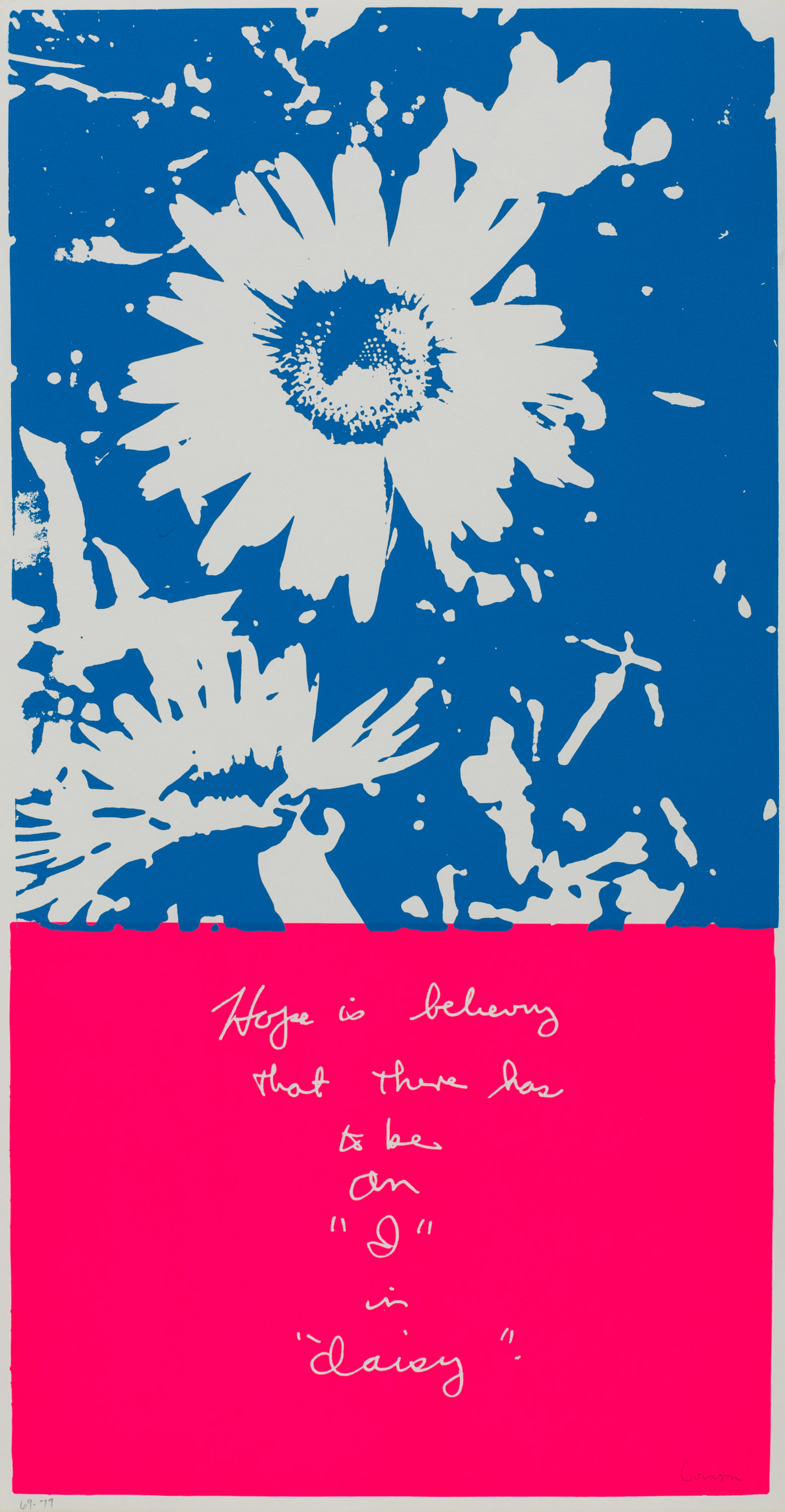 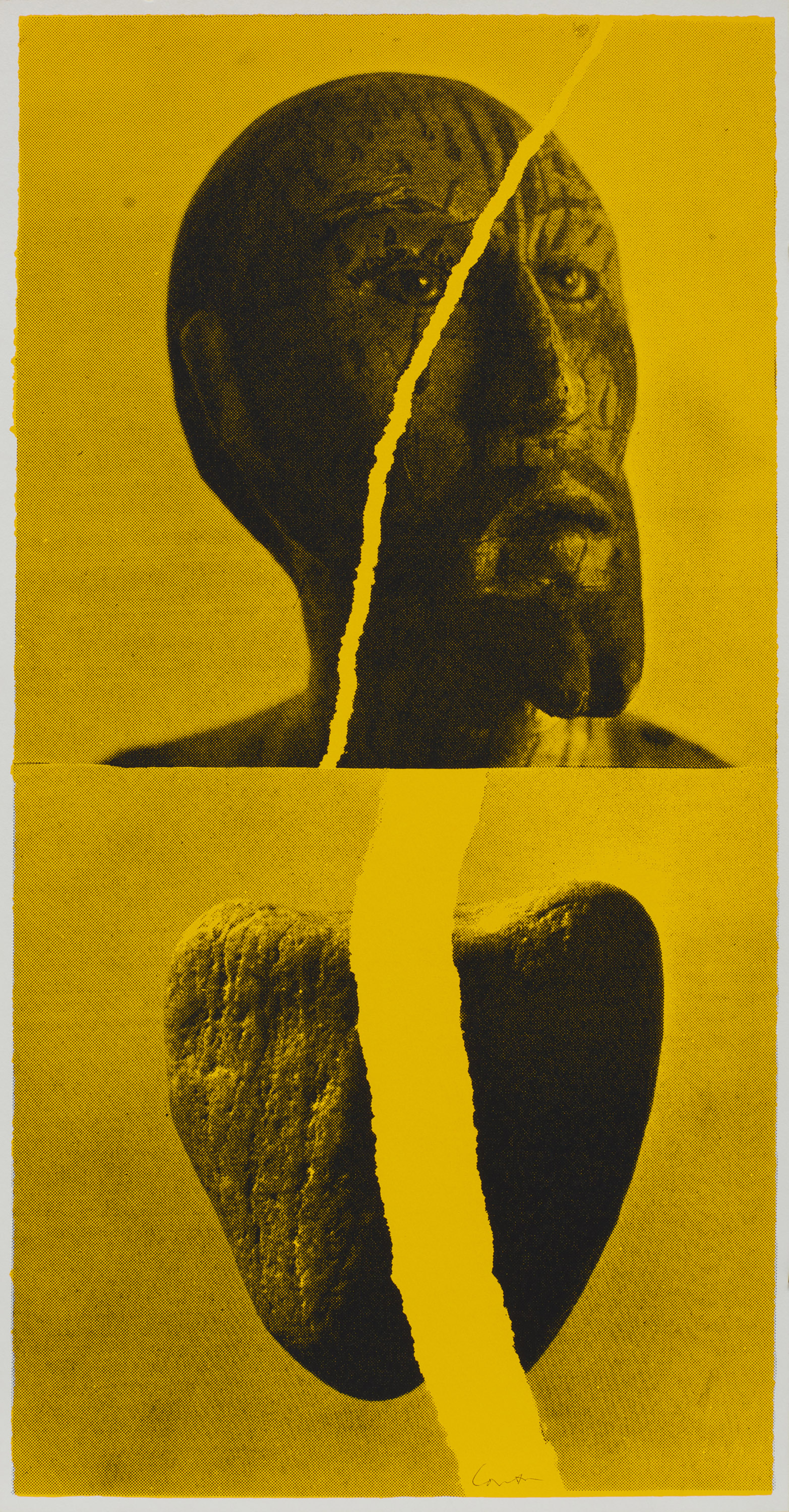 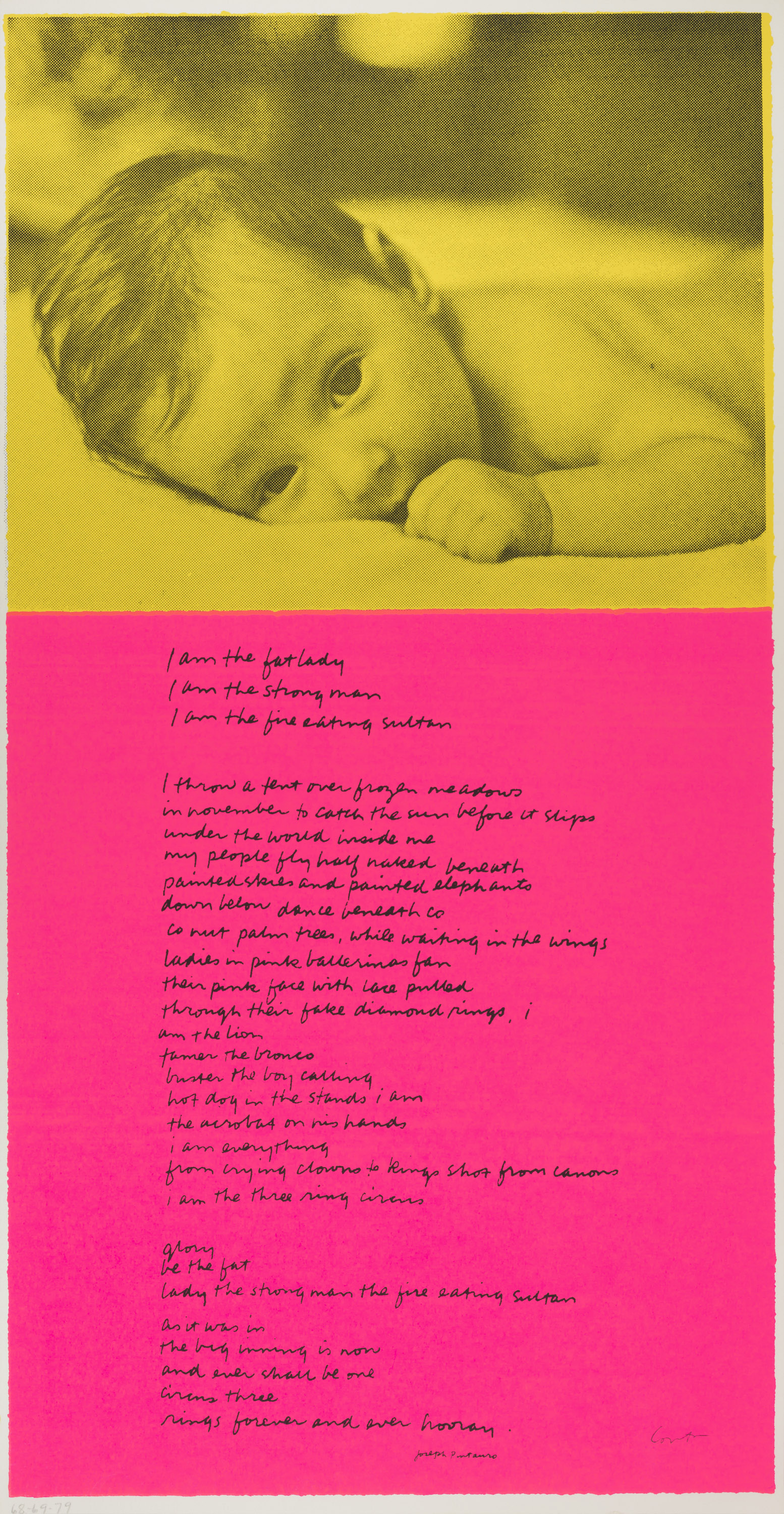 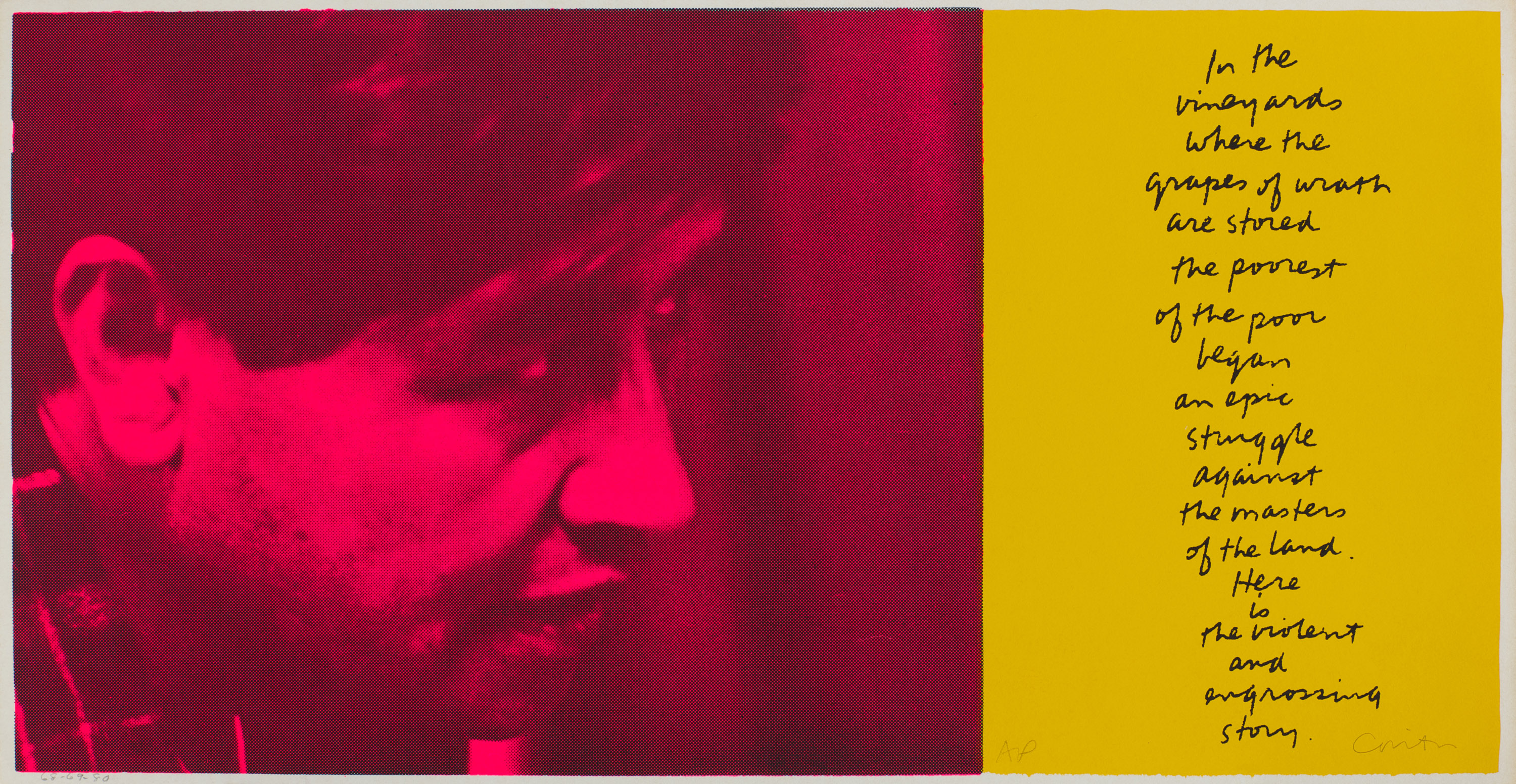 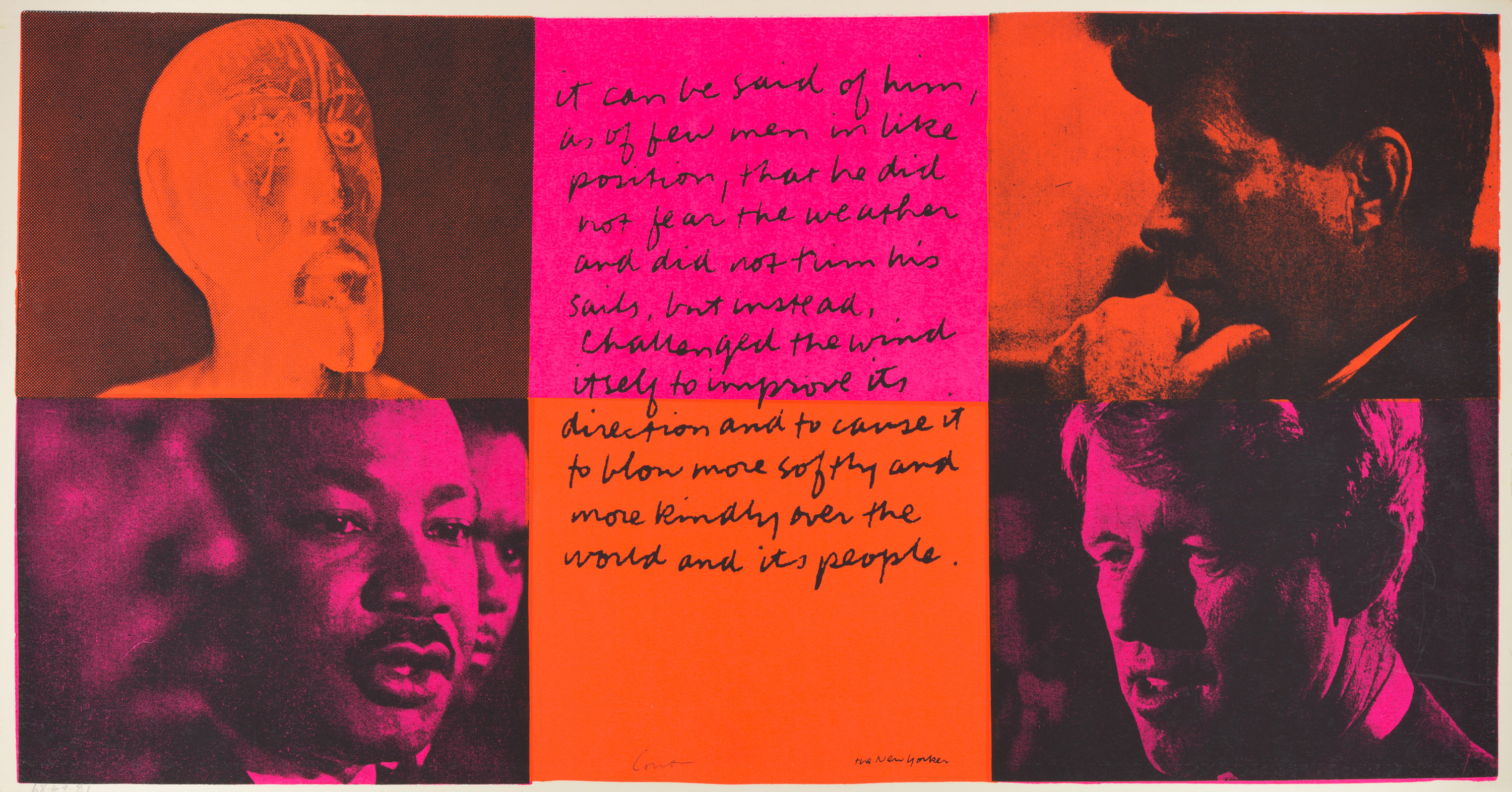 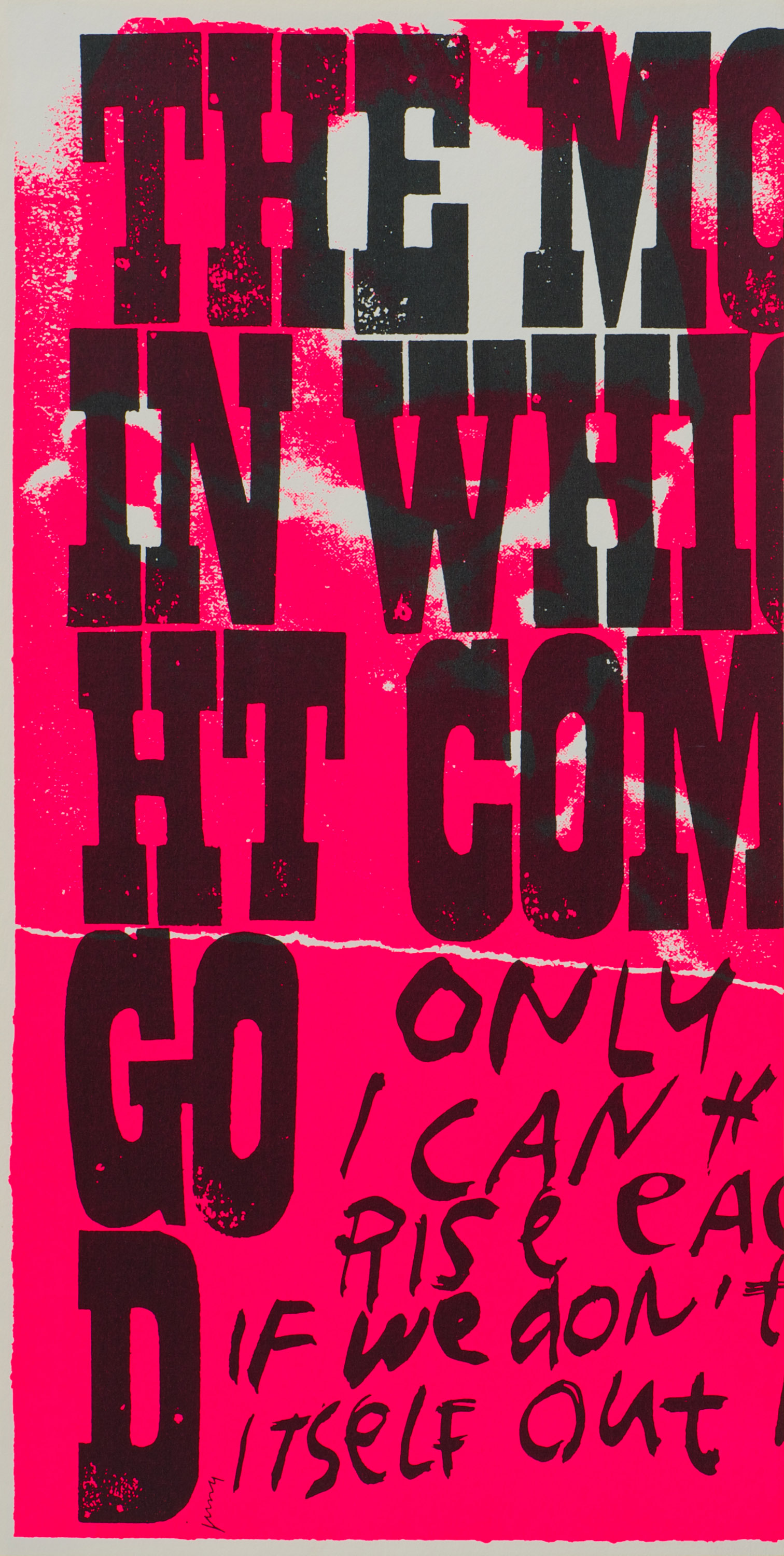 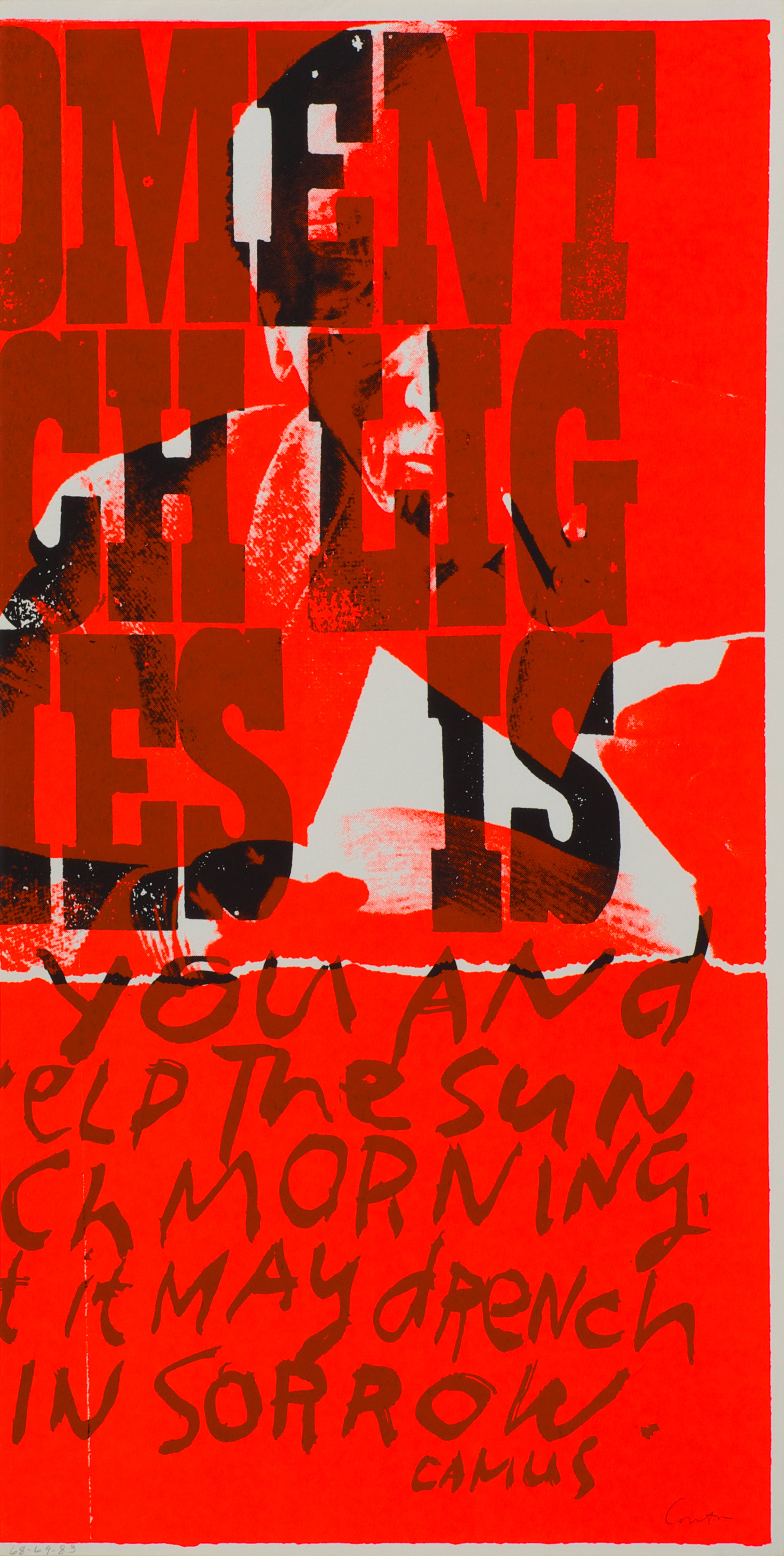 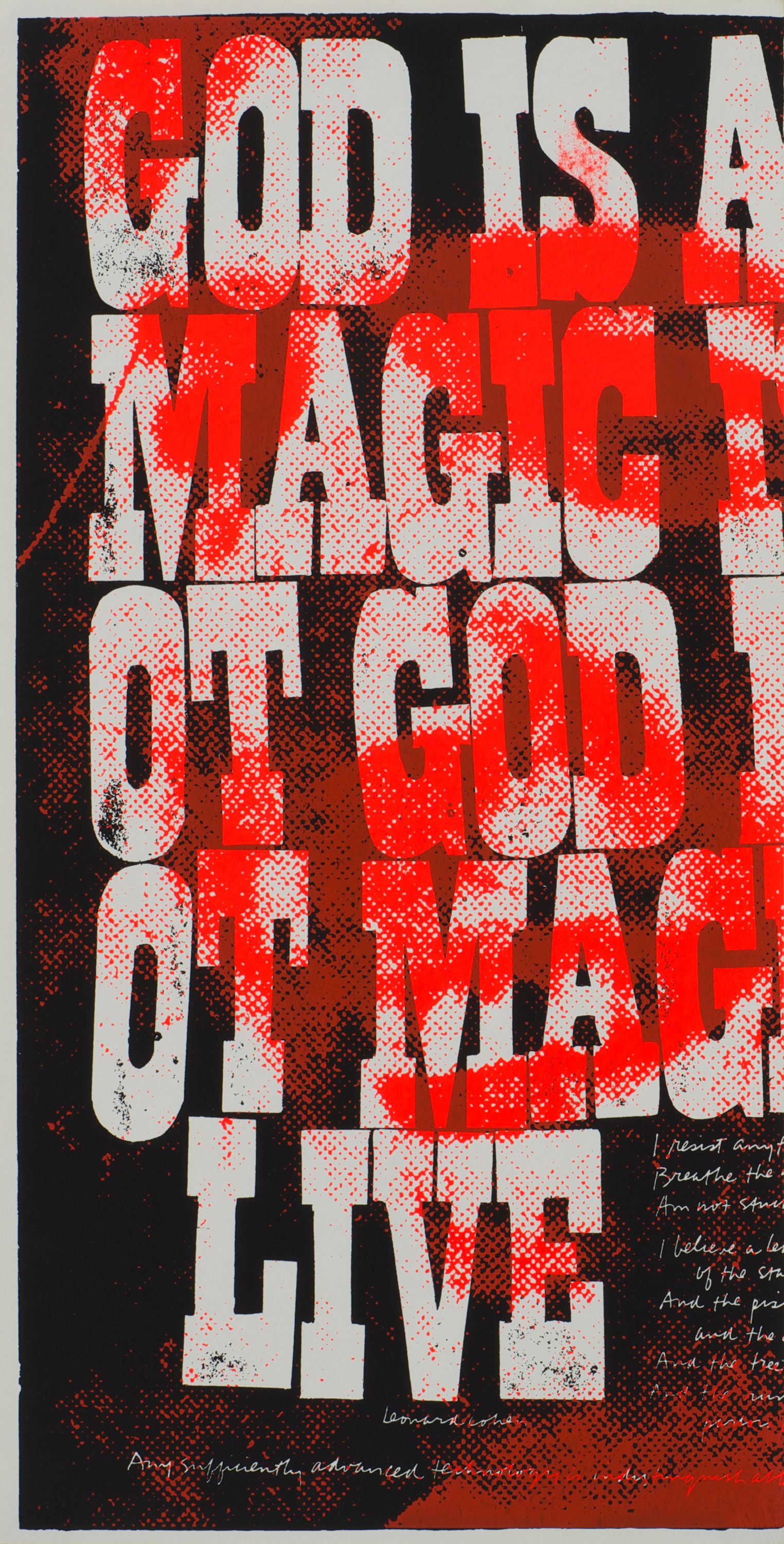 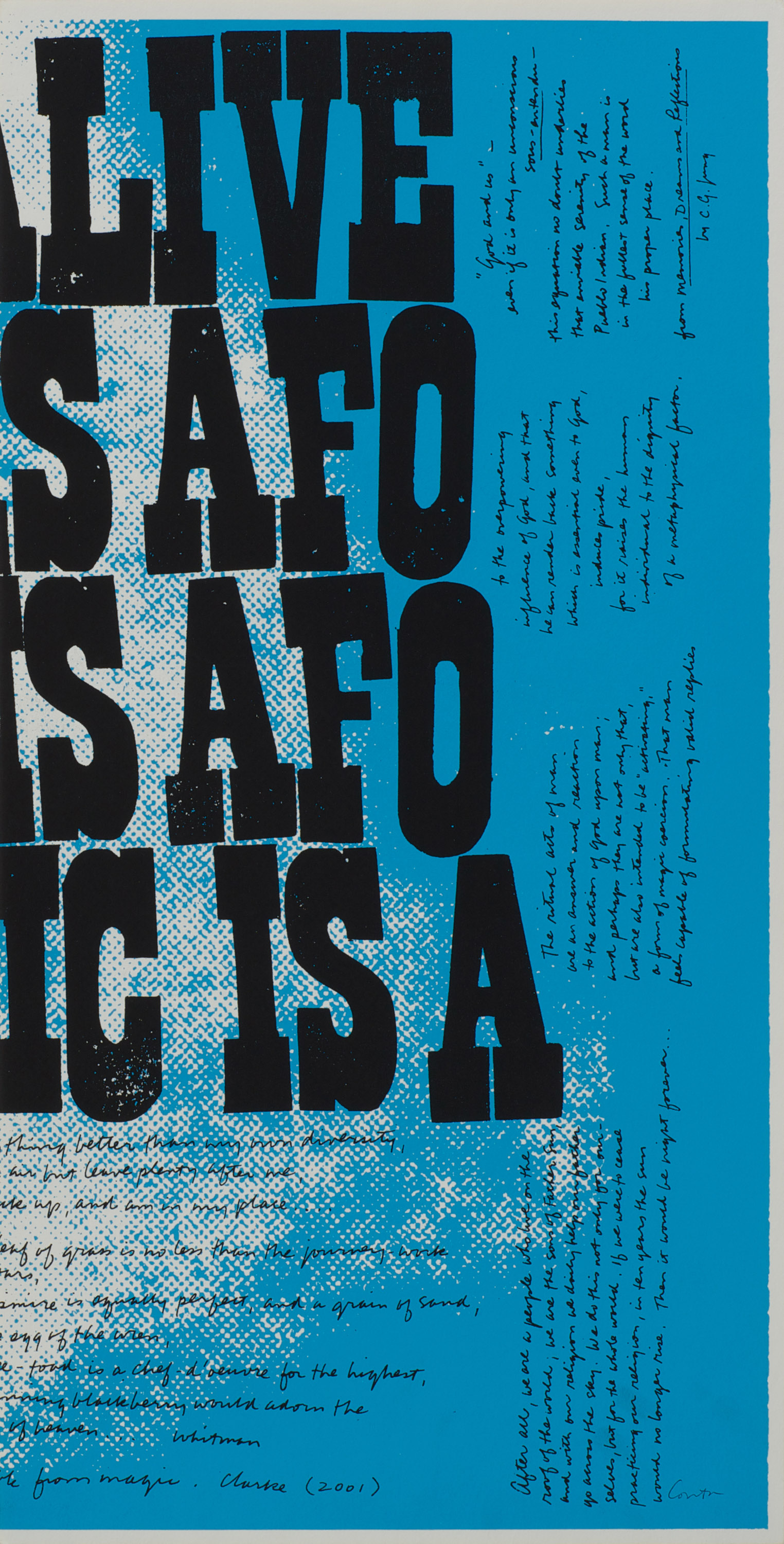